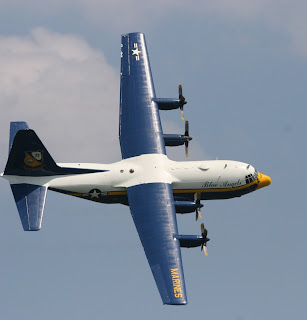 On Sunday, 22 May, I drove down to Lynchburg, Virginia (KLYH) to see the airshow. The threat of thunderstorms in the afternoon and an uncertain departure time following the show prevented me from flying in. My source of rental aircraft prefers that I not fly at night until I have a few more cross-country hours logged, and I agree with that restriction.


I had a great time meeting some of the members of the Bealton Flying Circus. Go see their show, especially if you have little ones. They fly almost every sunday through the summer and fall.

I'd never seen a jet demonstration team fly before, so it was great to see the Blues. The barrel-roll-break maneuver was unusually low, causing the team to "knock it off." They entered formation and promptly landed, prematurely ending the show. Most people had no idea that anything was amiss. Unfortunately, the commanding officer resigned afterwards because of the mistake. 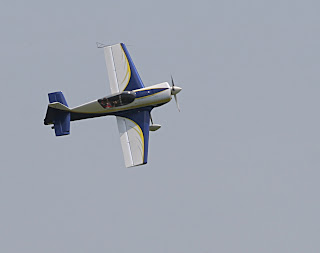 I didn't realize that Lynchburg had Part 121 (airline) service. Before the Blues went on, the show paused a couple of times for turboprop arrivals.

I spent almost an hour in the mass of humanity before I could get onto one of the shuttle buses to parking. Fortunately people were in good spirits, so the wait was tolerable. I saw three people carried out on stretchers due to heat exhaustion, despite the organizer's handing out of bottled water and cups of ice to the crowd. I'd do this again next year, but I will definitely try to fly-in. Transient aircraft parking was on a closed runway. 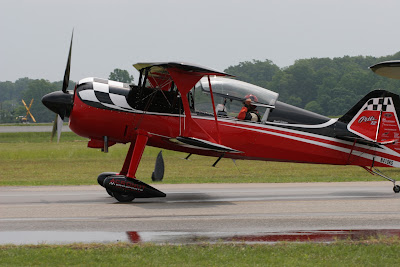 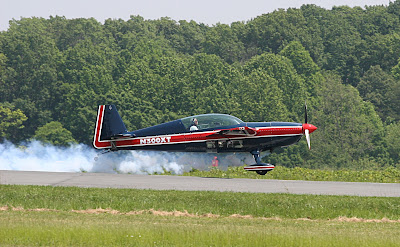 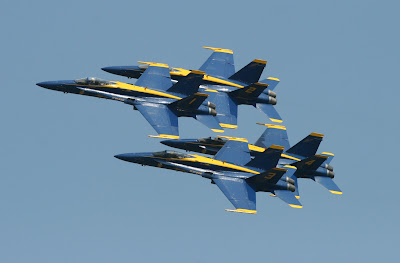